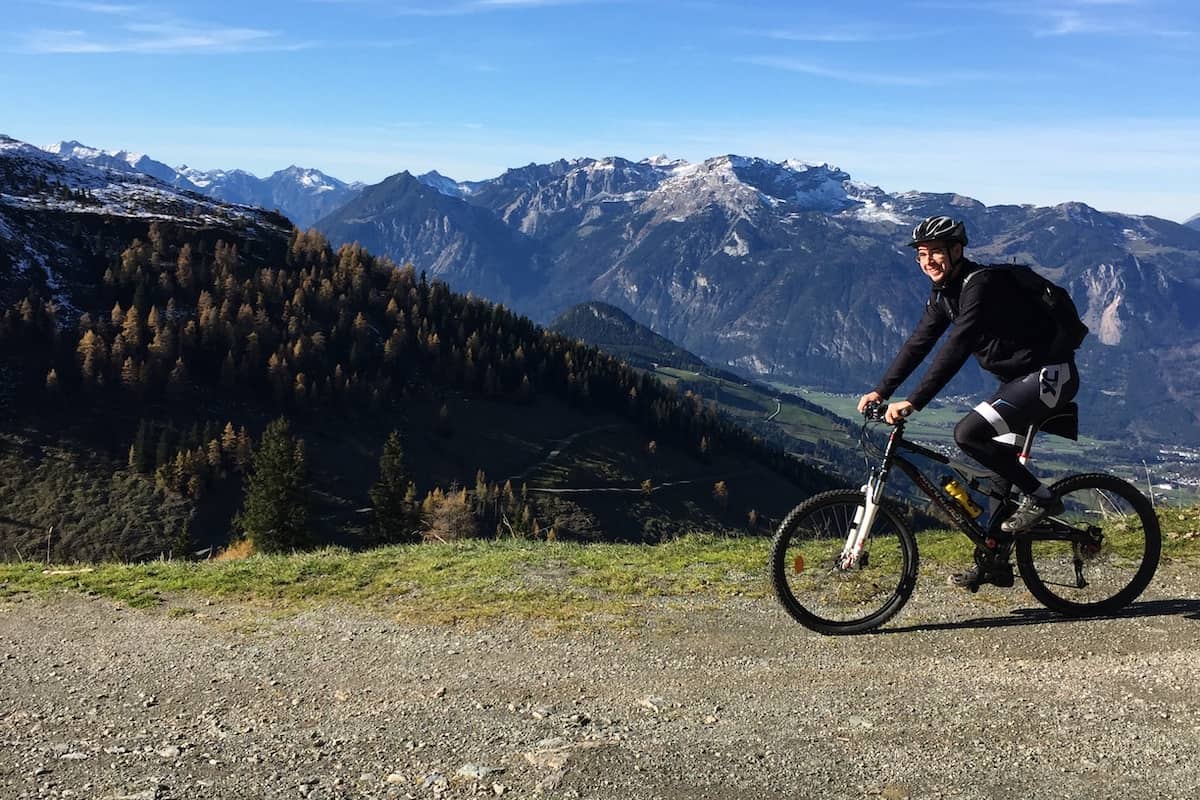 Like many beginner triathletes, I didn’t have a road bike when I started triathlon. I instead used my mountain bike for training and racing for roughly a year.

Even though mountain bikes are allowed for triathlon races, they come with a significant disadvantage compared to road bikes: a lower speed. However, using a mountain bike is a great way to get a first triathlon race experience for short-distance races without spending additional money.

Before registering for my first triathlon, I asked the race organizer if I could use my mountain bike. I was pretty relieved to receive a yes as an answer as it meant I could start training without spending money on an additional bike. After all, I had no idea if I would even like the sport.

With a beginner-friendly training plan, I didn’t have any difficulty training with a mountain bike during the summer. I was simply riding more regularly and doing some interval training. My plans didn’t have any target speed or power to follow at that time.

During winter, I moved my training indoors. I lived in the middle of the Alps, and riding outdoor was simply not an option for a couple of months. So I invested in a home trainer and trained using the Zwift platform. Using a mountain bike was as well never an issue. I had a slick indoor mountain bike tire and enjoyed my first winter season indoor.

Using a mountain bike during a race will definitely be a slower option than a road bike.

I could experience it first hand. My brother and I were roughly at the same bike fitness before our first triathlon together. He surprised me by buying a second-hand road bike a couple of weeks before the race. I knew he would be faster than me. I, however, didn’t expect him to be 8m 30s faster than me on a 12.4 mi bike course (or 20km)!

Since then, I found a pretty cool tool that can predict times depending on your bike setup. I recommend you to look at it. It is rather interesting: bikecalculator.com

For anything longer than a Sprint triathlon, I think it makes sense to invest in a road bike. It is not that fun to have so many people taking you over.

Having said that, I really enjoyed my first experience, and if I needed to start all over again, I would still choose to ride a mountain bike. The only thing I would do differently would be to invest in slick tires. It would have made me already much faster.

I can’t write an article about mountain bikes without mentioning that specific mountain bike triathlon races exist. They are called cross triathlon or offroad triathlon. Depending on where you are in the world, they might be pretty common. I wish someone would have told me sooner that this type of triathlon existed!

The swim takes place in open water (rarely in a pool), the bike course is specific for mountain bikes, and the run portion is often made of trails. It is great fun, and several distances exist. Xterra is the biggest brand for such races.

If you are interested in such an event, make sure to check how difficult the event is. A family-friendly race doesn’t always mean it will be an easy course 😉

For more details on cross triathlon, check out my article: The Basics Of Cross Triathlon: Distances, Gears And Races