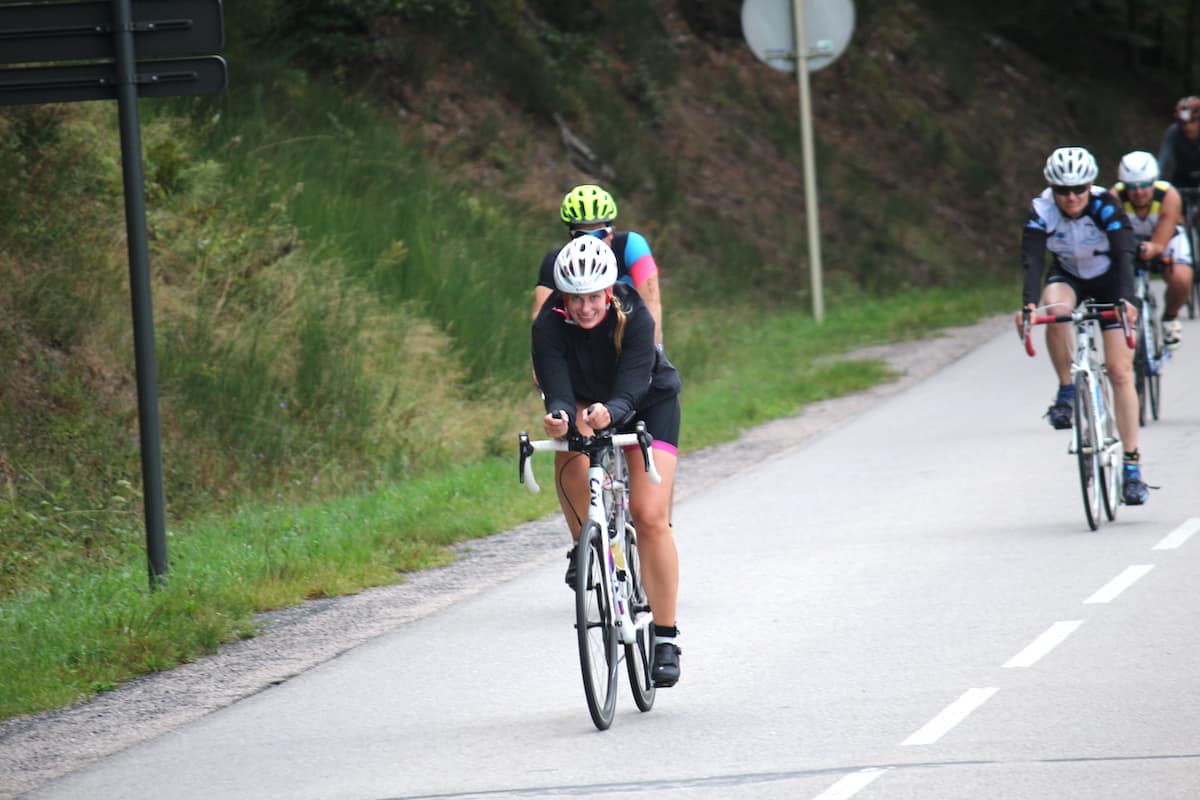 Even though I have been doing triathlon races for years, I was not aware of all the details related to the drafting rules. So I am sure you will learn something new as well.

Drafting during the bike portion is forbidden for amateur triathletes in almost all triathlon races. Triathletes must stay outside the draft zone except when overtaking to avoid receiving a time penalty.

Some triathlons are draft legal races, but it concerns mainly elite athletes for short-distance events. The most famous ones are for sure the Olympics.

The benefit of riding behind another rider is to save energy. There is less air drag so that you can maintain the same speed with a lower effort. How much less effort depends on the gap between you and the rider in front of you. Here is an excellent explanation from Cycling Pulse:

There are specific rules to follow to avoid this “unfair” advantage in triathlon.

HOW TO AVOID A DRAFTING PENALTY

To avoid a time penalty, you need to stay out of the draft zone for draft illegal triathlon races except when overtaking. This zone is measured between the leading edge of both front wheels. If you enter this zone, you need to overtake the triathlete in front of you.

Depending on the race, distances, and/or location, the exact distance of the draft zone and the time you have to overtake can vary.

I listed below some of the most common ones for amateurs:

For Ironman races, the draft zone is 12m long between the leading edge of both front wheels. Athletes have 25s to complete a pass.

For races falling under the USAT federation, the draft zone is 7m long between the leading edge of both front wheels and 2m wide (1 to each side). Athletes have 15s to complete a pass.

For races falling under the British federation, the rules are split per distance:

For races falling under the French federation, the draft zone is 7m between the leading edge of both front wheels for races having the format XS to M (Super Sprint to Olympic) and 12m for longer events. Athletes have 25s to complete a pass.

For races falling under the German federation, the draft zone is 12m between the leading edge of both front wheels, and athletes have 25s to complete a pass.

DO AMATEURS ALSO GET TIME PENALTIES FOR DRAFTING?

It is pretty common to see a lot of drafting at the amateur level. Unfortunately, the race officials cannot see and sanction everything.

During my first 70.3, a group of 10-15 triathletes passed me at an incredible speed. It might be tempting to join them and enjoy the free speed. I instead decided to keep my distance and have my own race. A minute later, a motorbike with an official was distributing time penalties to all the others. So yes, time penalties are also for age groupers and not only pros 😉