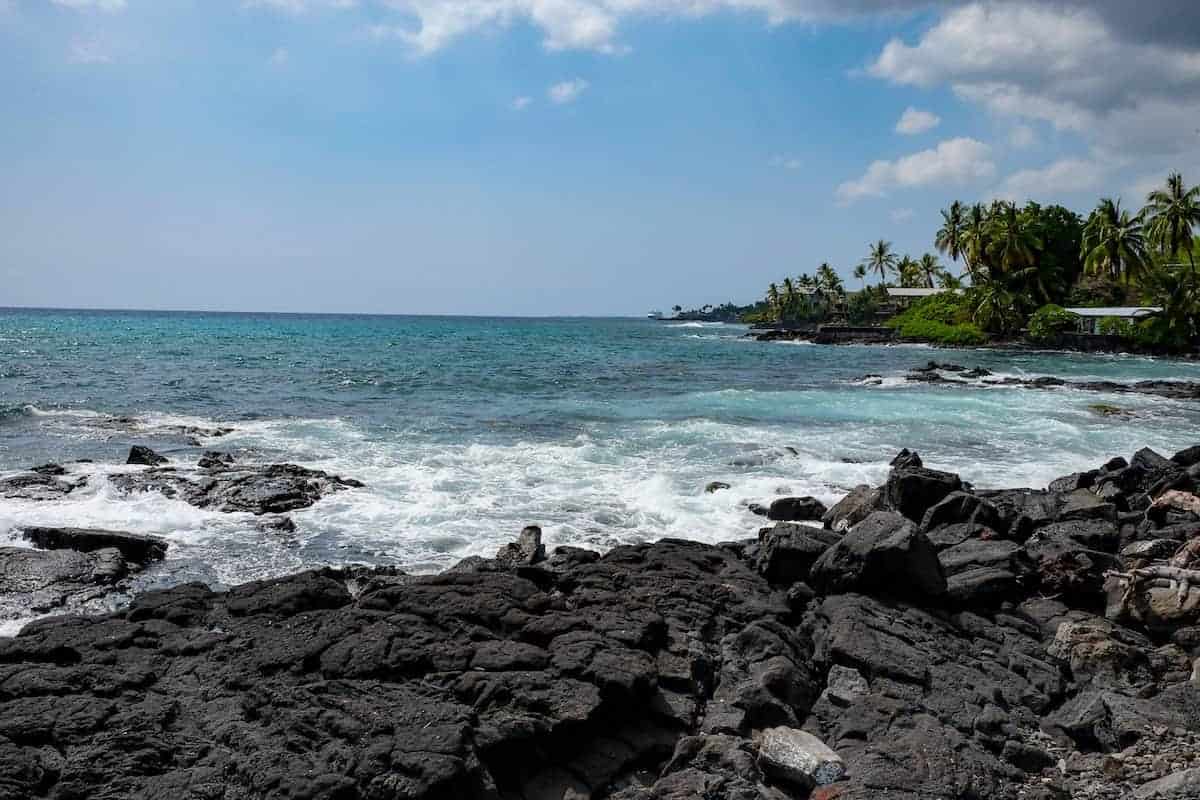 When I speak about triathlon with my friends, they immediately think of the Ironman distance and its iconic race in Kona, Hawaii. It says a lot about the importance of this race in our sport. Let’s check in detail what this race is all about.

The Ironman World Championship is held every year in Kona, Hawaii over the full distance triathlon. The best male and female athletes on the planet compete over a 2.4 mi swim, followed by a 112 mi bike and a 26.2 mi marathon (3,86 km – 180,2 km – 42,2 km). This event is open for pros and age groupers through qualification only.

WHEN IS THE NEXT IRONMAN KONA?

The next Ironman World Championship in Kona is currently planned for February, 5th 2022.

WHERE IS THE IRONMAN KONA?

The race is located on the west coast of the Island of Hawai’i in Kailua-Kona.

See below the location on Google Maps:

The only reasonable access is obviously by plane. It is roughly a 6 hours flight from Los Angeles, 11 hours from Sydney, 13 hours from New York, and 22h from London.

HOW LONG IS THE IRONMAN KONA?

The swimming portion of the course takes place in Kailua Bay. It is a one-loop course with two 90° right turns towards the middle. Wetsuits are forbidden.

The bike is a single loop of 112 mi and roughly 5,800 ft of elevation (1,800m). Triathletes go straight to Hawi, make a U-turn, and head back to Kailua-Kona. This course is famous for its cross-wind sections, which make disc wheels a forbidden piece of equipment.

The marathon course is also a single lap loop. Triathletes run until the energy lab, a famous section of the course for its extreme temperatures, and run back to the finish line in Kailua-Kona. The elevation on the run is roughly 1,000 ft or 300m.

WHO CAN PARTICIPATE IN THE IRONMAN KONA?

Let’s first look at the pros. They can get a place at the world championship in multiple ways:

The slot details and the list of already qualified pro athletes can be found here on the Ironman website.

For the amateurs, the most common way to get a qualification slot is by finishing in the top places of their age group. Each Full Ironman race has some slots allocated. By default, one slot is available for the winner of each age group (male and female are counted separately). The rest of the slots are allocated proportionally on race day based on the number of participants in each age group. The exact details are written in the athlete’s guide of the Ironman race.

There are 10 other ways to get a slot for Kona for age groupers, which I explained in detail in this article: 11 Ways To Qualify For Ironman Kona, Hawaii.

HOW MUCH DOES THE IRONMAN KONA COST?

The triathletes who manage to qualify for Kona will need to pay the entry fees of $1,025 (in 2020, incl. a 4.7120% Hawaii GE Tax) plus the Active processing fees and the USAT $15 one-day fees (only for triathletes who don’t have the annual USAT membership).

On top of those fees, triathletes should also consider the price of the flights and accommodation.

WHAT ARE THE CURRENT RECORDS IN THE IRONMAN KONA?

I have been watching the race on TV since 2017, and to say the least, the last years have been record years 🙂

Daniela Ryf (Switzerland) is currently the female record holder in the Ironman Kona with a total time of 8h 26min 18s in 2018.

Looking at the split of each sport:

WHERE CAN I WATCH THE IRONMAN KONA?

If, like me, you can’t wait to see all the pros racing again in Kona, have a look at the Youtube video below from Talbot Cox. He filmed pros during their training leading to Kona in 2019. It is a fantastic motivational video for indoor rides 😉