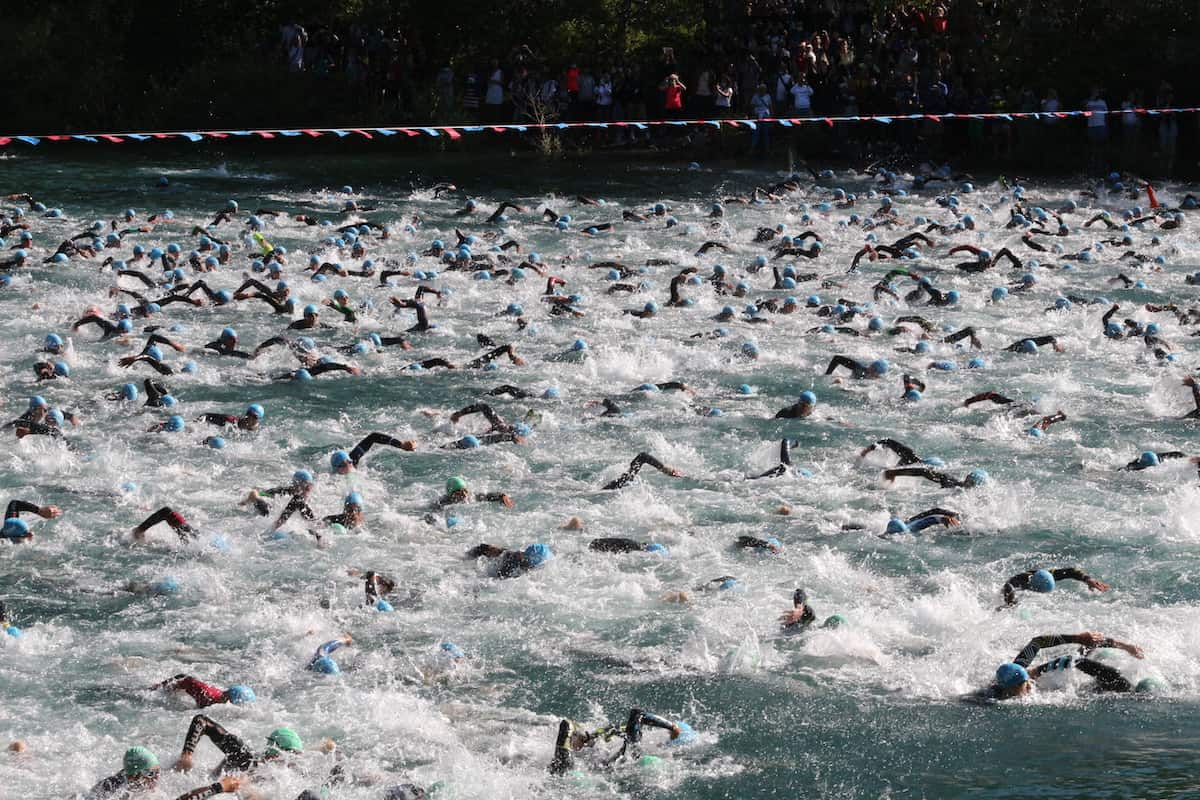 The first thing I do after each triathlon race is to check the race results. I know that I am nowhere near the podium places, but I am really excited to know how I performed against the competition. After hearing so often: “what is a good triathlon time?” I thought I would do some research and write an entire article about it.

I picked Challenge Roth (2019) mainly for the three reasons below:

You can find below the breakdown per age group. Note how constant the gap between a good and average triathlete is:

Looking at the best splits for each discipline, you can really see how small the transition time is compared to the race’s whole duration. The bike portion, as everyone knows, is by far the longest discipline of the day.

If you are interested in Ironman swim times, check my other article: “What Are Good And Average Swim Times For An Ironman?“.

A big thanks to Coach Cox, who is gathering results of all Ironman and Ironman 70.3 events. He made my life easier to gather all the data I needed for this analysis.

You can find below the breakdown per age group. The age group I am in (30-34) is, unfortunately, the toughest one 🙁

Interestingly, the biggest time difference between the “average” and “good” triathlete is on the run course even though the duration is shorter than the bike one.

Before starting the analysis, it might be tempting to compare your time against the pros during Olympic distance events, but a big difference is that drafting is allowed on the bike! It changes the entire dynamic of the race: the swim becomes more important (to get a good placing for the bike), some triathletes save energy during the bike, and the run is often the determining discipline.

I highly suggest comparing your time with only non-drafting events.

I picked the Olympic distance of Noosa (2019) mainly for the three reasons below:

The swimming and the transitions times are starting to become more and more important, as you can see in the breakdown below:

I picked the Sprint distance of London (2019) mainly for the three reasons below:

You can find below the breakdown per age group. As for the Olympic distance, the first places in the overall rankings will be taken by the youngest triathletes.

Here is the breakdown by discipline:

In conclusion, by collecting and analyzing all the data, I also learned a lot about the sport. As you might know, I am not the greatest swimmer – so seeing that swimming only represents a small part of a triathlon race – no matter what distance – really encouraged me. It is also interesting to see that the shorter the race, the more a fast transition matters.