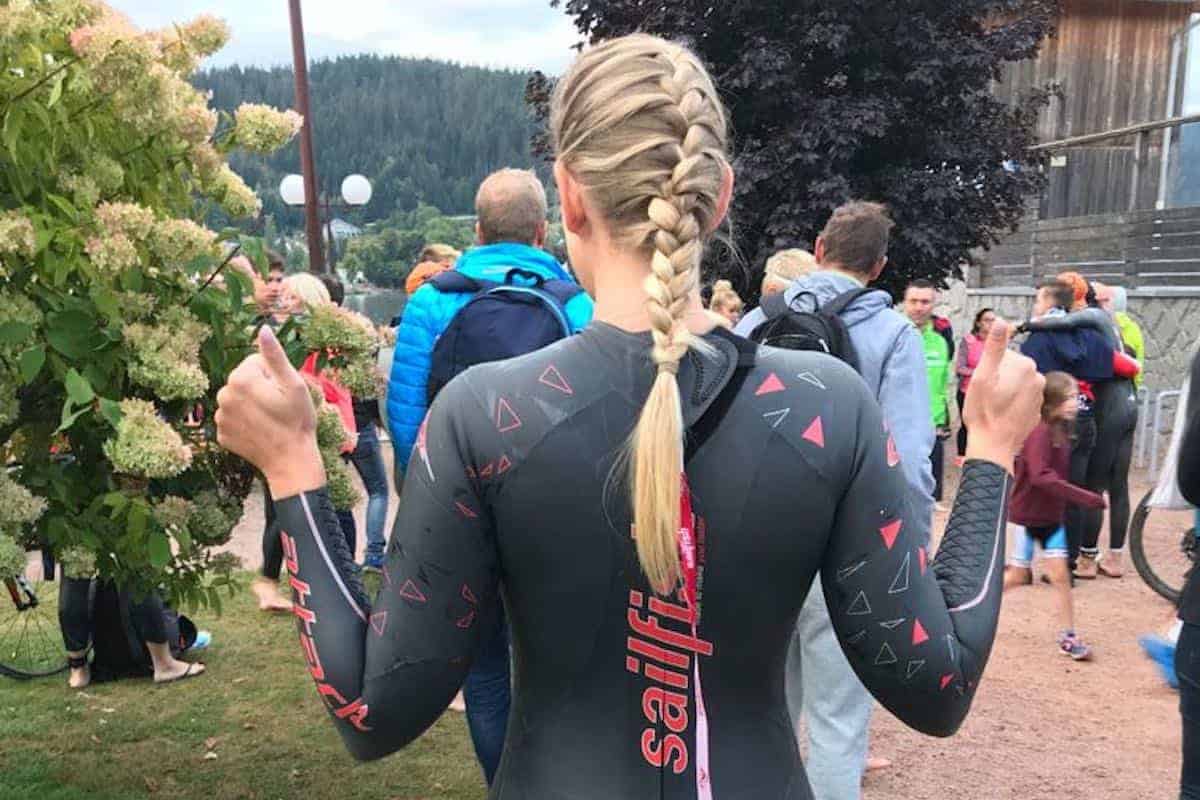 As a triathlete, I am spending a lot of my free time training and racing. I have the big advantage of having a wife who is also doing triathlon, which helps a lot in planning. However, I don’t want that our life is all about triathlon. Training between 7-8 hours per week is currently working for us, but I still wonder what else we could do to get faster except training more?

Once you reach a certain amount of training hours per week, getting faster by adding more volume is not an option anymore. Instead, you can get faster by investing in better equipment, using some of our hacks, or training smarter.

If you follow all advice from this article, you could save more than 15 min on your next Olympic triathlon!

SAVE TIME BY UPGRADING YOUR GEARS (UP TO 14 MIN)

I tried to analyze what an average triathlete with a basic gear set up can save by upgrading his equipment. Those times are far from being perfect. They can vary greatly with the wind, the course profile, the rider, and much more. I found nevertheless that they can give you a decent first idea.

The time saved is estimated for an Olympic distance triathlon.

All savings below are linked to aero savings. I always thought those make sense only when riding at high speeds and hence are only interesting for pro athletes and not for us amateur triathletes – I was quite wrong! Before looking at each of the time savings, I highly suggest you have a look at the video below from Specialized, which explains the logic behind time savings:

As with any study in general, you should really take those results with a grain of salt. They are always assumptions taken by the person who does those experiments. I think it can give you a first idea of what you can expect.

A tool I use quite frequently for any “what if” bike scenario is bikecalculator.com. If, like me, you would, for example, like to know how much time you could save by simply changing your position on the bike, check it out, and play a bit with it.

SAVE TIME BY USING THOSE HACKS (UP TO 45s)

After being through the expensive gears, those hacks will seem minimalistic, but they will help you save some time.

SAVE TIME BY TRAINING SMARTER

It is hard to put a specific time on that section. It will vary a lot based on your current training and condition. The goal here is to keep the same volume you are currently doing but adding more quality training.

The key is now to implement some of the tips you read today (doing all will probably ruin your budget 🙂 ) and see some improvement in your next triathlons.

Check out Javier Gomez making a comparison in the wind tunnel between a modern aero set up and the best tri bike equipment from the 90s.