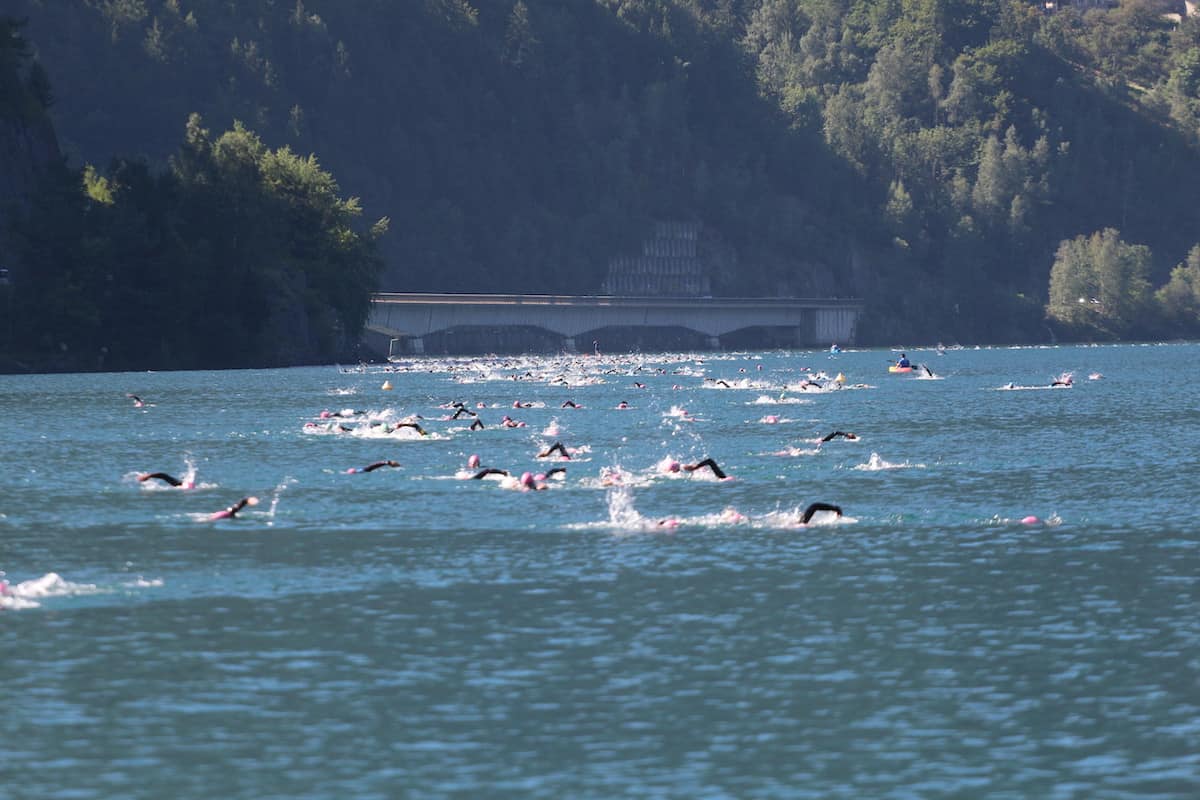 Ironman is the most famous triathlon distance, but fortunately for us triathletes, full distance triathlons are far from being the only one. They count only for ~3% of all races in the world.

Triathlon races are categorized by their distance to make them more comparable.

You can find below the most common triathlon distances. It doesn’t mean that all races will follow exactly those measures, but they will not be far off.

The distances of an Ironman triathlon are 2.4 mi swim, 112 mi bike, and 26.2 mi run. A triathlete with a few years of training can expect to finish an event of this distance in 13-15 hours on a flat course.

It is important to know that Ironman is a triathlon brand and a lot of triathletes associate the long distance triathlons with the name Ironman. However there are plenty of other brands (like Challenge family) who are also providing this format.

The two most famous races with this format are:

If you are interested in this distance, check out my article Ironman Distances where I go more into details about each of the sports.

HALF IRONMAN TRIATHLON DISTANCES (a.k.a 70.3)

The distances of a Half Ironman triathlon are 1.2 mi swim, 56 mi bike, and 13.1 mi run. In his first few years of triathlon, a triathlete can expect to complete a half Ironman event in about 6 to 6h30 on a flat course.

Being the first distance considered a long course triathlon, the half distance is a real challenge. If you wonder what the nickname 70.3 means, it is simply the total number of miles of this race.

Plan your event well in advance. You will not only be better prepared, but you will also save a significant amount of money.

Ironman is also organizing a World Championship for this distance. Contrary to the Ironman distance where it is every year (except once) at the same place, the Half Ironman is held annually in a different location and generally not twice in a row on the same continent.

If you are interested in this distance, check out my article Half Ironman Distances where I go more into details about each of the sports.

If you have ever watched the Olympic Games, this is the distance the pro athletes are doing. The men finish it generally in under 2h and the women slightly above this 2 hours mark. The big difference with the amateur races is that the pros are allowed to draft on the bike. If an amateur is doing it, he would receive a penalty.

Three races really stand out for this triathlon distances:

If you are interested in this distance, check out my article Olympic Triathlon Distances where I go more into details about each of the sports.

If you look at some pro triathlons on TV, you can expect to see faster times (around 50 min). The big difference is that those events include drafting in the bike portion (athletes can save energy by being near each other).

It is a great distance for beginners or for triathletes who want to race full gas from the start to the finish.

If you are interested in this distance, check out my article Sprint Triathlon Distances where I go more into details about each of the sports.

The distances of a Super Sprint triathlon are 0.25 mi swim, 6.2 mi bike, and 1.6 mi run. A beginner triathlete can expect to complete this distance in about an hour.

If you think about starting triathlon, I highly suggest registering for one Super Sprint as soon as possible. The faster you are doing one, the less pressure you will have. Also, many of those are in pools, which can help if you have some fear of open water swimming.

I was training for my first triathlon (a Sprint event) when I had the opportunity to register spontaneously for a Super Sprint triathlon the next day. It didn’t let me too much time to think about it 🙂

If you are interested in this distance, check out my article Super Sprint Triathlon Distances where I go more into details about each of the sports.

Contrary to road races, cross triathlon distances can vary significantly from one race organizer to another. They consist of an open water swim, a mountain bike course, and a trail run course. Here are two popular distances.

As you can see, there are enough distances in triathlon – sure, there is one for you!