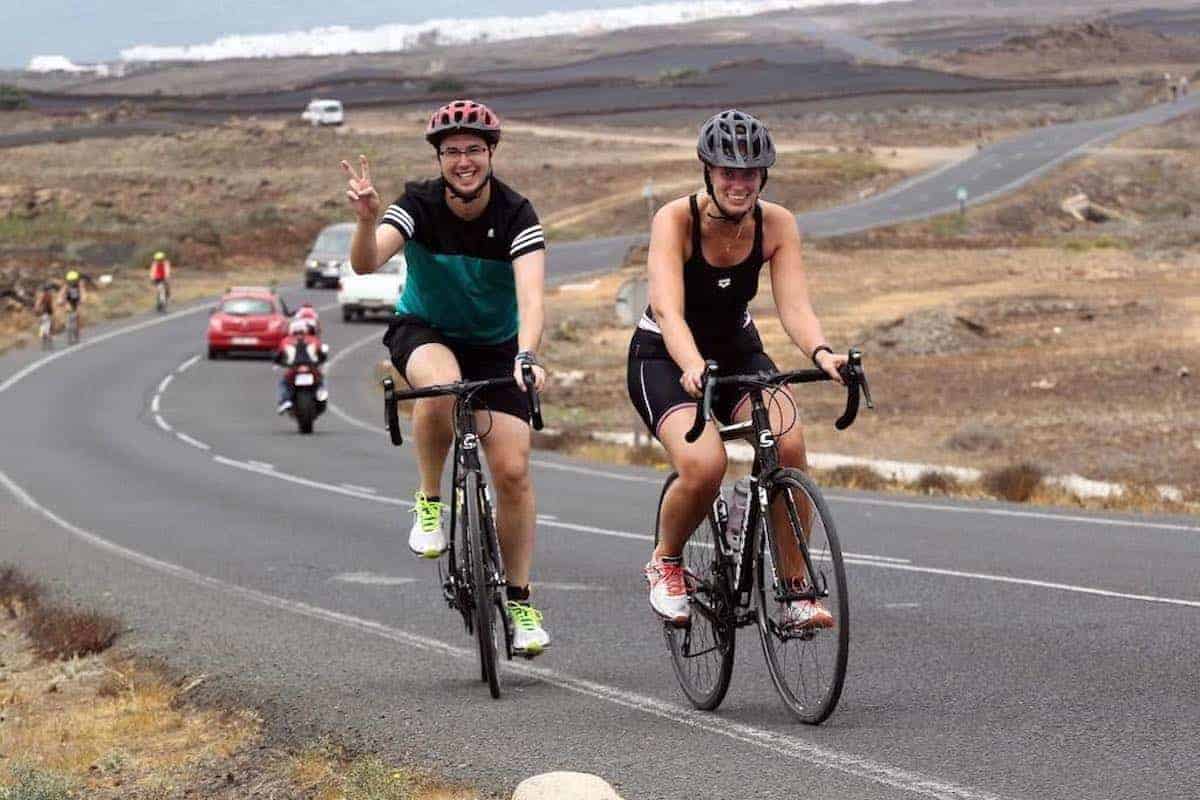 My wife and I started our triathlon journey with a Super Sprint distance (see picture above). I think this is the perfect distance for beginners. It gives the triathletes a taste of triathlon without requiring months of training.

The distances of a Super Sprint triathlon are 0.25 mi swimming, 6.2 mi biking, and 1.6 mi running (or 0.4km swim, 10km bike, and 2.5km run). A beginner triathlete can expect to complete this distance in about an hour.

The swim distance of a Super Sprint triathlon is 0.25 mi or 0,4 km. It is the first of the three triathlon disciplines and the most feared.

With a bit of training, pretty much everyone can swim this distance breaststroke (yes, it is allowed! 🙂 ). And if swimming in a lake is too scary, you will be pleased to learn that a lot of Super Sprint happen in a pool.

The bike distance of a Super Sprint triathlon is 6.2 mi or 10 km. It is the second of the triathlon disciplines and also the longest.

The bike courses of Super Sprint triathlons are relatively flat, so beginners don’t need to be afraid of them.
Many triathletes who don’t have a road bike will use a mountain bike instead. It is way more common than you might think.

1.6 mi might not seem a lot, but running this distance after a swim and a bike is a different story. So you should not underestimate it.

HOW TO PICK A SUPER SPRINT TRIATHLON RACE