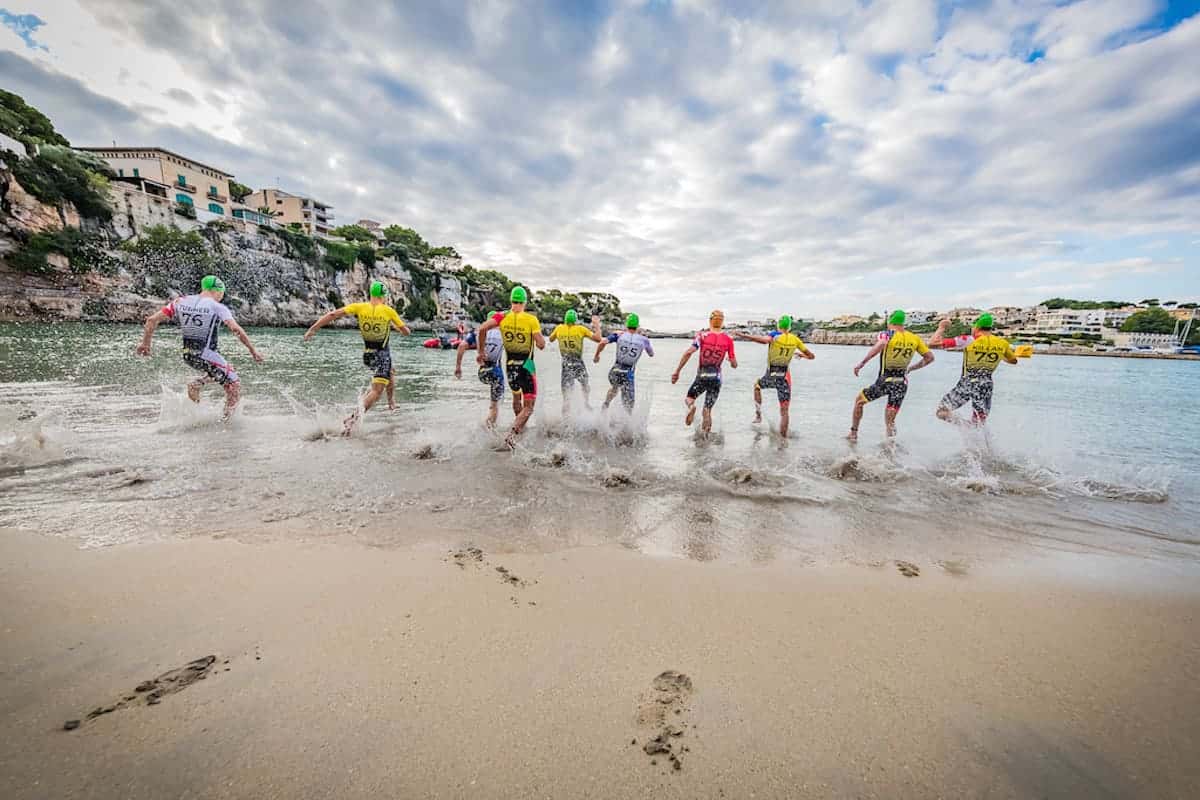 I was quite confused the first time I watched the Super League Triathlon. Unfortunately, I missed the beginning of the race, and I couldn’t understand why people are getting disqualified all the time. In this article, I will explain everything you should know before watching the Super League Triathlon, so you are not in the same situation as I was.

The Super League Triathlon is a short-distance league launched in 2017, composed of unique race formats and broadcasting the events in over 100 countries. The top pro athletes enter the Super League Championship series through qualification events, which will award an overall male and female series winner at the end of the season.

The main events are for pro and elite triathletes only.

A small number of wildcards is also attributed.

WHAT ARE THE RACE FORMATS?

This is where it can get tricky as the Super League Triathlon does not follow the usual swim-bike-run combination.

The first piece to remember is that the distances for each sport are always the same:

Every Super League race is held on two days:

ENDURO: Three times (without a break) the swim-bike-run combination. After each discipline, the slowest athlete will be eliminated.

EQUALIZER: This final is divided into two separate stages. The first one is an individual time trial of either swim, bike, or run. The second stage will be swim-bike-run-swim-bike-run in a pursuit style (based on their time at stage 1).

TRIPLE MIX: This final is divided into three separate stages (with breaks in between):

ELIMINATOR: This final is divided into three separate stages (with breaks in between). The format of each stage is the standard swim-bike-run. The particularity is that triathletes are getting “eliminated” during the stage. Please have a look at the image below from their website to learn when it will happen. For example, in stage 1, one person will get eliminated after the swim.

HOW IS THE RANKING SYSTEM WORKING?

All 15 triathletes entering the final will receive points, from 15 points for the winner to 1 point for the last one (-1 point per place).

Additional points will be awarded during the championship series finale.

An overall leaderboard will be made from all championship series races. Here are the winners from the past seasons:

Apart from the Overall Leader who is wearing the pink jersey, there are as well a couple of distinguishable jerseys based on their own point system:

WHAT ARE THE SHORT CHUTE AND THE 90s RULE?

The Short Chute is a shortcut that triathletes who earned it can use. The winners of the two semi-finals earn one and in stages 1 & 2 of the Triple Mix.

Triathletes decide when they are using it, so it adds a tactical aspect to the race. When used at perfection, it can be the difference between the first and second place of a race, as Vincent Luis demonstrated in Mallorca:

The 90s rule eliminates any athletes who are falling 90s or more of the leader. It is checked on every lap.

This rule is neither applied in Triple Mix nor when only 6 triathletes are left on the course.

WHERE CAN I WATCH THE SUPER LEAGUE TRIATHLON?

The Super League series is broadcasted on multiple TV channels, on Youtube, and triathlonlive.tv as well. Have a look at the details on the official Super League Triathlon website before the specific races.

WHAT IS THE ARENA GAME?

With a partnership with Zwift, the Super League Triathlon launched in August 2020 a first indoor event called SLT Arena Games in Rotterdam. It is currently not counting towards the general Super League rankings.

Super League recruited 10 male and 10 female triathletes who completed three stages with a short break in between. The distances were:

Every 3 stages had a different order:

The full 2 hours broadcast is available on Youtube. If you are interested in the technical aspects of this race, DC Rainmaker made an excellent video that you can watch below: