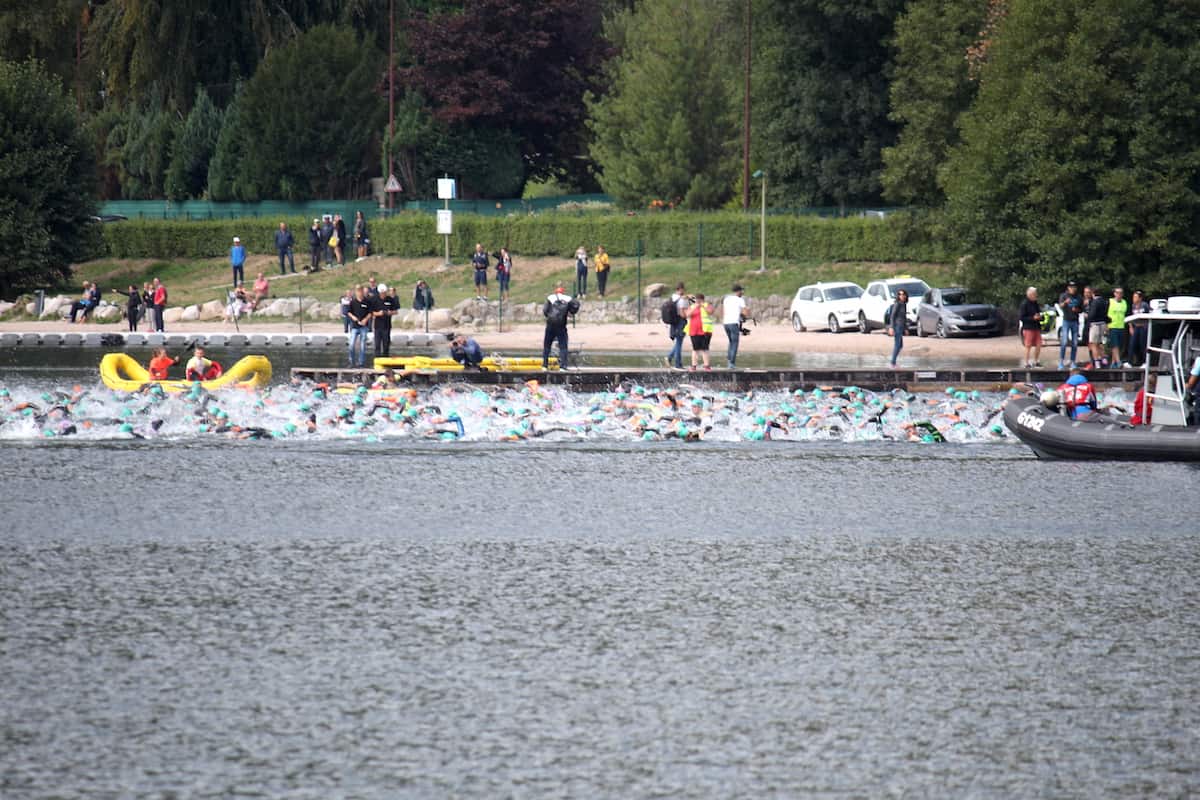 I find the Sprint Triathlon distance great for beginning triathlon or for triathletes who love the all-out effort.

As for every other distance, triathletes spend way more time on the bike than on the run or swim course. So let’s check that in more detail.

The swim distance of a Sprint Triathlon is 0.75 km or 0.47 mi. It is the first of the three triathlon disciplines and the most feared.

Based on my analysis of one representative race (London Triathlon), on average, a triathlete needs 18min to complete the 750 m swim. It varies a lot per age group, as you can see in our detailed article: Average Sprint Triathlon Time Per Age Group And Gender

For a Sprint distance triathlon, the swim generally takes place in a lake, sometimes in a pool.

The bike distance of a Sprint Triathlon is 20 km or 12.4 mi. It is the second of the triathlon disciplines and also the longest.

On average, a triathlete will spend 46min on the bike course to complete the 20 km. If you want to see the breakdown per age group and gender, see my specific article on the topic.

From all the races I have done, it is pretty rare to find triathlons where the bike course is exactly 20km. In general, they range between 15-25 km and are also relatively flat, so beginners don’t need to be afraid of it.

The run distance of a Sprint Triathlon is 5 km or 3.1 mi. It is the last triathlon discipline and where athletes realize how much of an endurance sport triathlon is.

The average time to complete the 5 km is 28min. As for the other sports, it can vary a lot per age and gender. Check out my specific article on times for more details.

Adding up the three sports and the two transitions, a triathlete will spend on average 1h40min on the course. As you can see on the graph below, the bike is the most significant portion of a Sprint Triathlon (46%), followed by the run (28%) and the swim (18%). If you compare this graph to other distances, the shorter the triathlon distance, the more weight the swim and transitions have.

HOW TO PICK A SPRINT TRIATHLON RACE