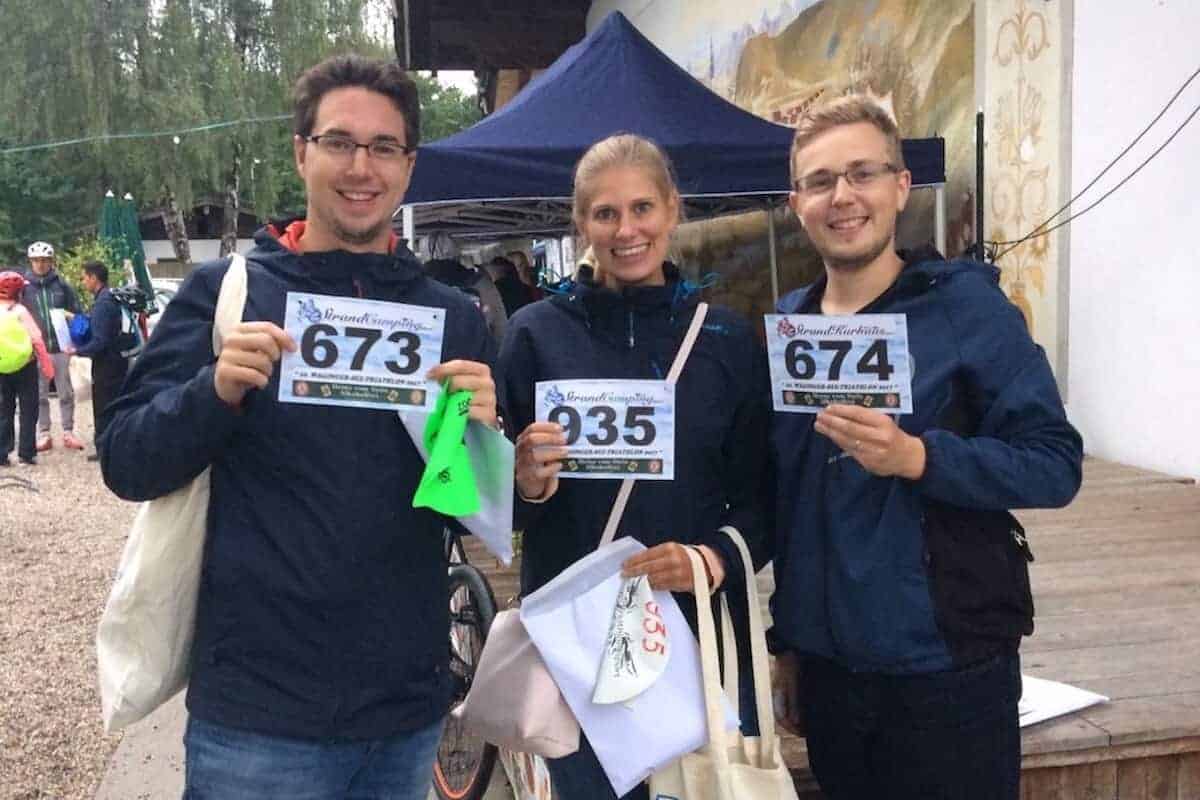 Some of you might have been into triathlon for 20-30 years. Well, today (Apr 2018 for those reading later) is my first anniversary! It was a bet I did with my brother that brought me into triathlon.

Little did I know about the sport itself, and even less whether or not I would still like it one year after. So this is a really personal blog post. I want to let you know about my first year in triathlon. You might recognize yourself in it and if not, enjoy the read 🙂

A YEAR RICH IN SURPRISES

My biggest surprise was definitely the involvement of my fiancée. I was sure that she would support me on my new challenge, but I have never expected that she would actually train and race with me! She would not have believed it either a year ago 🙂

It was even her idea to go to Lanzarote and train for a week. She is just amazing. Thanks a lot, Anni!

I loved the hard bike and run training and even started to enjoy swimming (which was by far my biggest worry). I have completed my first two triathlons along the way.

I have also created this community, My Tri World, to help fellow triathletes like me. I have spoken to great people, got amazing feedback, created an app for having all triathlon races. I have no idea how far this community will go, but I really enjoy the ride so far and the experiences I got with all of you! Triathlon might be seen as a lonely sport, but I see it differently. I hope to meet some of you one day in a training camp or a race.

We cannot plan for everything in life. Triathlon training is no different. We need to be flexible, deal with it, and learn from our errors. I loved triathlon training so much that I found myself overtraining.

I pretty much doubled the load from one week to the next and paid the price directly… I had a calf injury on both legs, and it ruined my run training for the next two months.

Unfortunately, it doesn’t end here… at that time, my doctor asked me to do an x-ray of my legs. Being at the lab, they ended up doing it on my knees and discovered some anomalies. Long story short, I apparently had something wrong with my knees when I grew up. It is not related to my triathlon training, but rather annoying.

At the time I write this post, I don’t know yet if I’ll need surgery. The good thing is that I can still normally train in the pool and on the bike but should reduce my runs. I’ll deal with it.

WOULD I DO IT AGAIN?

Discovering a sport which is pushing you to your limits, making you discover new places, meet new persons, learn from your mistake, hell yeah, I would do it again! You won’t see me leaving soon!