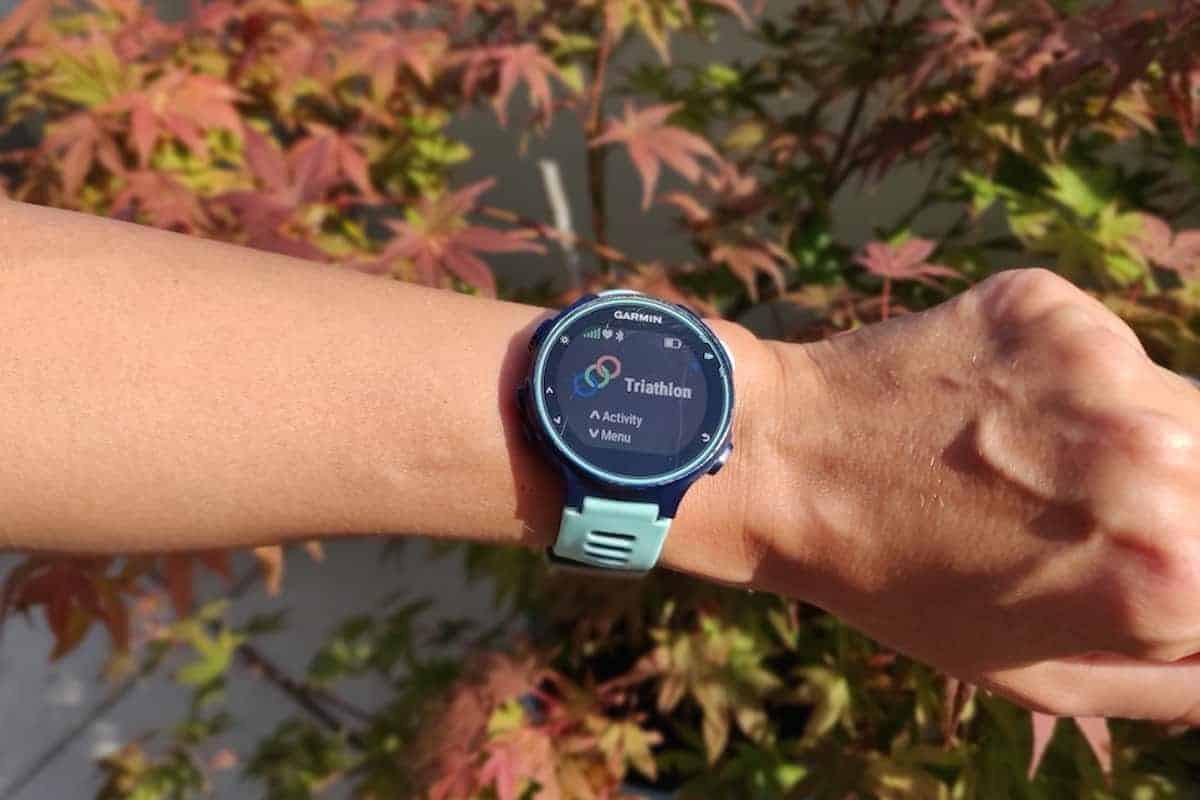 The first time Anna and I bought a triathlon watch, we had never heard about the triathlon mode. I got it by chance on mine, and Anna didn’t have it on hers. After doing dozens of triathlons, this mode became a must-have feature for both of us.

Having the triathlon mode in a watch allows you to record your swim, bike, and run into a single activity. It allows you to focus on your race and not worry about starting and saving each activity separately.

Unfortunately, not every sports watch has this feature. I hope this article for the Garmin watches will help you.

Here are the current Garmin models, which include the triathlon mode:

If you are looking at previous models, those watches also have this triathlon mode included:

In case I missed one, drop me an email at clement.mytriworld@gmail.com

WHAT ELSE SHOULD I LOOK FOR?

The Garmin watches above will have the open water swimming mode and the most commonly used training features. So I would not worry about that.

Battery life used to be my second buying criteria, but the watches improved greatly in that area, so I would not worry too much about it for any distance up to a half triathlon. All current Garmin models that I listed above have a stated battery life of 16 hours or more. In reality, it might be a couple of hours less than that, but it still gives you plenty of time to finish your race.

If you are doing an Ironman or a longer event, the table below might help you:

Some of the triathlon watches will come with internal music storage, some others can start and stop the music (you still need a phone), and on some others, you won’t have anything related to music.

If you are interested in a navigation feature, really check the detail of it. It can either be a full detailed map on your watch or a simple line without any map, which is way less helpful for guidance.