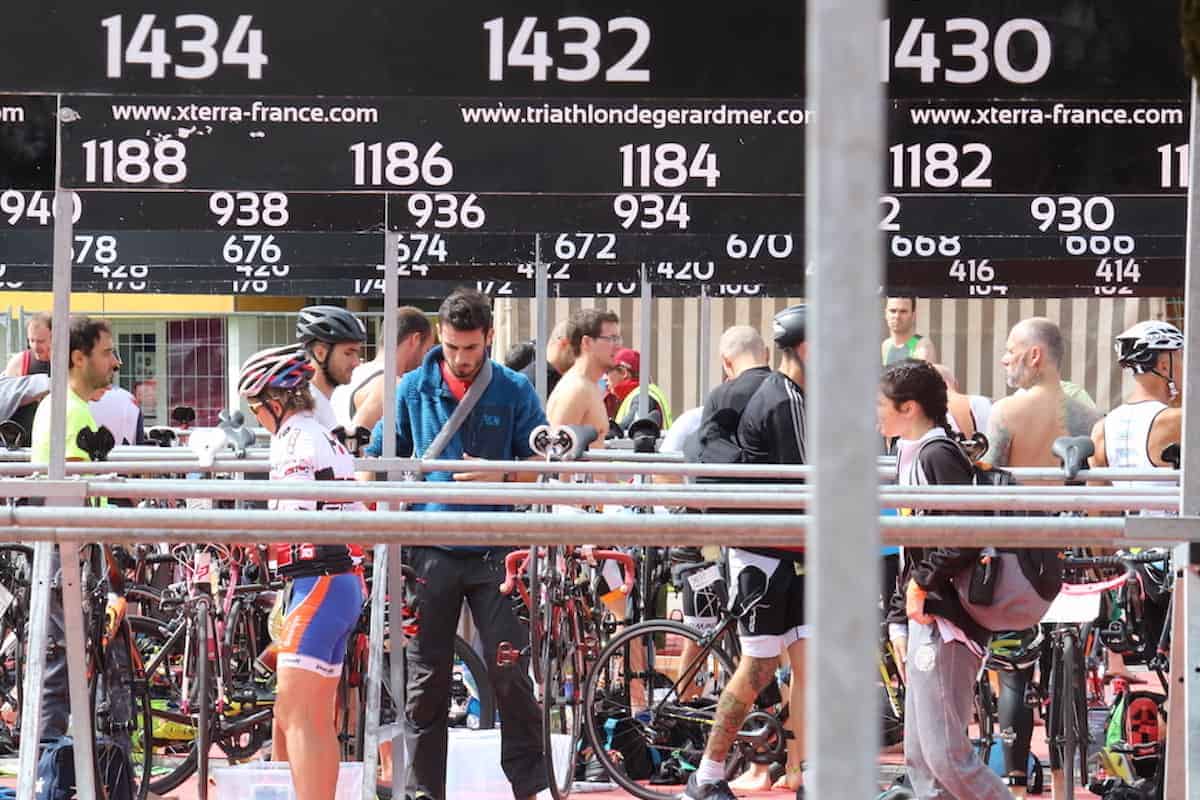 Before my first triathlon, I wondered how I was supposed to change clothes between the three sports. Are there changing rooms? Or should I swim in my bike shorts? Here are all the answers I wish I had found when I started triathlon.

In short-distance triathlons, the vast majority of triathletes are wearing a triathlon suit from start to finish. It is quick to dry and will save you a lot of time in transitions. For longer events, such as an Ironman, triathletes who prioritize comfort over time will change clothes after each sport.

Both options can lead to disqualification if done incorrectly. Let’s check how to avoid it.

THE TWO OPTIONS FOR TRIATHLETES

By far my favorite option. I can simply wear a triathlon suit from the start to the finish line and don’t worry at all about changing clothes in transition. I don’t feel any restriction while swimming. The pad provides me enough comfort for cycling while being thin enough not to bother me while running.

I recommend this gear for every triathlete, even for their first triathlon. It is relatively inexpensive (starts at roughly $50) but makes such a difference. I wrote an article explaining the different types of triathlon suits; check it here if you are interested.

Some triathlon suits will come with a front zipper. I personally think those suits are breathable enough that I don’t need to unzip them. But if you want to unzip it, keep in mind that there might be some rules you need to follow.

Ironman is, for example, allowing triathletes to unzip as long as it covers the shoulder and it is still attached to the bottom of the uniform. It needs to be fully zipped when crossing the finish line. If you don’t respect those, you might be disqualified.

2. CHANGE CLOTHES AFTER EACH SPORT

In theory, wearing the “right” clothes for each sport would be better. I would definitely agree if a triathlon race were split in three days, but it is not! 😀

For long-distance events, the added comfort while riding and running can be advantageous for triathletes not looking after their time. The main drawback is the difficulty of getting changed.

Nudity in a triathlon is leading to disqualification!

This means you will either need to battle changing your clothes with a towel or go to a restroom. Some of the big events will have a gender-specific tent where triathletes can change clothes. To avoid surprises, I would highly recommend checking the athletes’ guide of your specific race beforehand. For example, Ironman Florida removed its changing tent in 2020 to maintain physical distancing.

Over the years, I have seen or heard stories of triathletes using different combinations. Some are wearing a bib short on top of their swim underwear or swim with a bib short under their wetsuit. Just keep things simple, and invest in a triathlon suit that fits you. You will thank me later 😉

WHAT ELSE SHOULD I WEAR DURING A TRIATHLON?

Now that you picked either the triathlon suit or the changing clothes option, let’s have a look at all the other gears you will need to wear during a race: