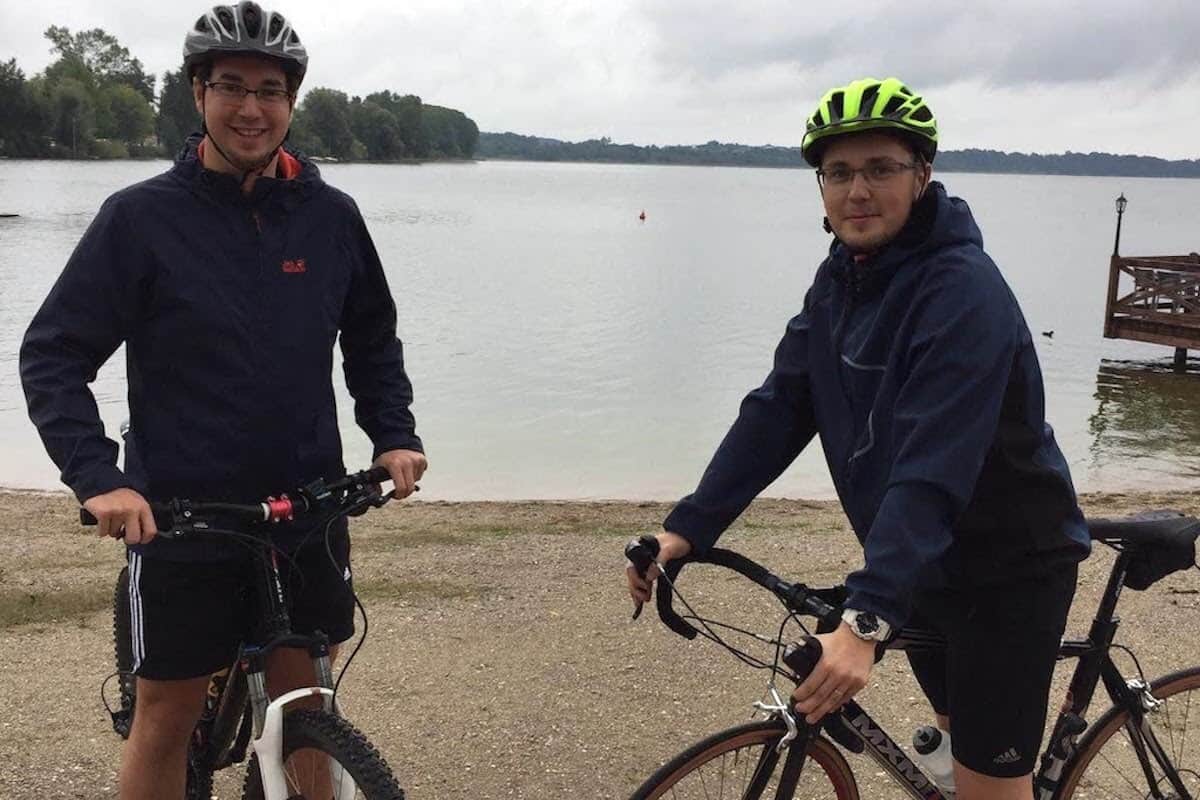 Having only a mountain bike when I started triathlon, I wondered if I would need to invest in a road bike for my first race. I even emailed the organizer to know if mountain bikes were accepted (and yes, they were).

After a couple of years into triathlon, here are my thoughts for triathletes who wonder which kind of bike they need for their first triathlon.

The bike you will ride for your first triathlon matters less than the attitude you are approaching it. Use this first race as a great and fun learning experience. If you like triathlon, you will always have the possibility to buy a fancy new bike later on.

There are a couple of things you should know before being on your first starting line. Let’s have a look at them.

If your bike is not working correctly (brakes not working, bent wheel), you really need to get it fixed. Safety is not the place where you should save money. Be aware that all race organizers will check your bike and helmet before the race.

You might want to remove any unnecessary items from your bike for race day, like a basket, lights, a gigantic bell, or a kickstand.

TAKE THE HABIT OF CHECKING YOUR BIKE BEFORE EACH RIDE

Now that you start riding more frequently, you should also check the condition of your bike. A great tip I got once is performing the so-called M-check before every ride. This technique makes it easy to remember what you should check on your bike. Here is a video from Tredz Bikes to know how to do it yourself:

YOU WON’T BE THE ONLY ONE WITHOUT A FANCY BIKE

After watching triathlon videos, you might think that everyone rides a fancy triathlon bike. It is simply not the case! There were plenty of old road bikes or mountain bikes in all races I participated in.

My brother, Nathan, keeps good memories of his first triathlon, thanks to his 15 years old road bike. The race organizers were surprised to see that his bike was still working, and they engaged in a conversation with him about how cool his bike was back in the day 🙂

You will have the best feeling when you take over some of the triathletes with super fancy bikes but with a worse bike shape than you. Although, I admit it probably won’t happen during your first triathlons.

AFFORDABLE UPGRADES TO YOUR CURRENT SETUP

You might read on other blogs that aero bars are the first gear you should buy to make you faster. While it will make you faster by putting your upper body in a more aero position, I don’t recommend it at all for your first triathlon(s).

Adding aero bars will make you change your bike set up (saddle position, shoe cleats, and maybe stem), and you will need to practice the position. Simple things like taking your water bottle, changing gears, or braking feel entirely different. I wrote an entire article on what you should know before buying a set of aero bars. Check it here.

If you want to get faster, you could play on those two elements:

If you are interested in learning more about the other gear you will need for your first triathlon, have a look at this article: The Only Gear You Really Need For Your First Triathlon

Once you are ready to invest in a new bike, that’s where the fun starts. Avoid rushing into buying the first bike you see simply because it has a significant discount. You will probably have this bike for the next couple of years. Here are some of my tips:

WHAT WOULD I DO DIFFERENTLY IF I WERE STARTING TRIATHLON AGAIN

As I mentioned previously, I did my first Sprint triathlon with my mountain bike. Of course, I was slower than my brother Matthias (who bought a second-hand road bike before the race), but I would not change a thing. I really enjoyed this first experience in triathlon.

In our second year in triathlon, my wife and I bought our first road bikes. As we live in the alps, we hesitated for months between an aero bike, a climbing bike, or a triathlon bike. We both went for the aero version of it and changed the cassettes for having easing gears. Anna is still pleased about it, and I think I would go with a climbing bike instead if I could decide again.

To this day, I still didn’t buy a triathlon bike. I want one with electronic shifting, and I want to be in excellent shape. I fixed myself the challenge of having an FTP above 300 watts and running a 10k under 40min. Once I achieve those two, I will be on the market for a new fancy bike!