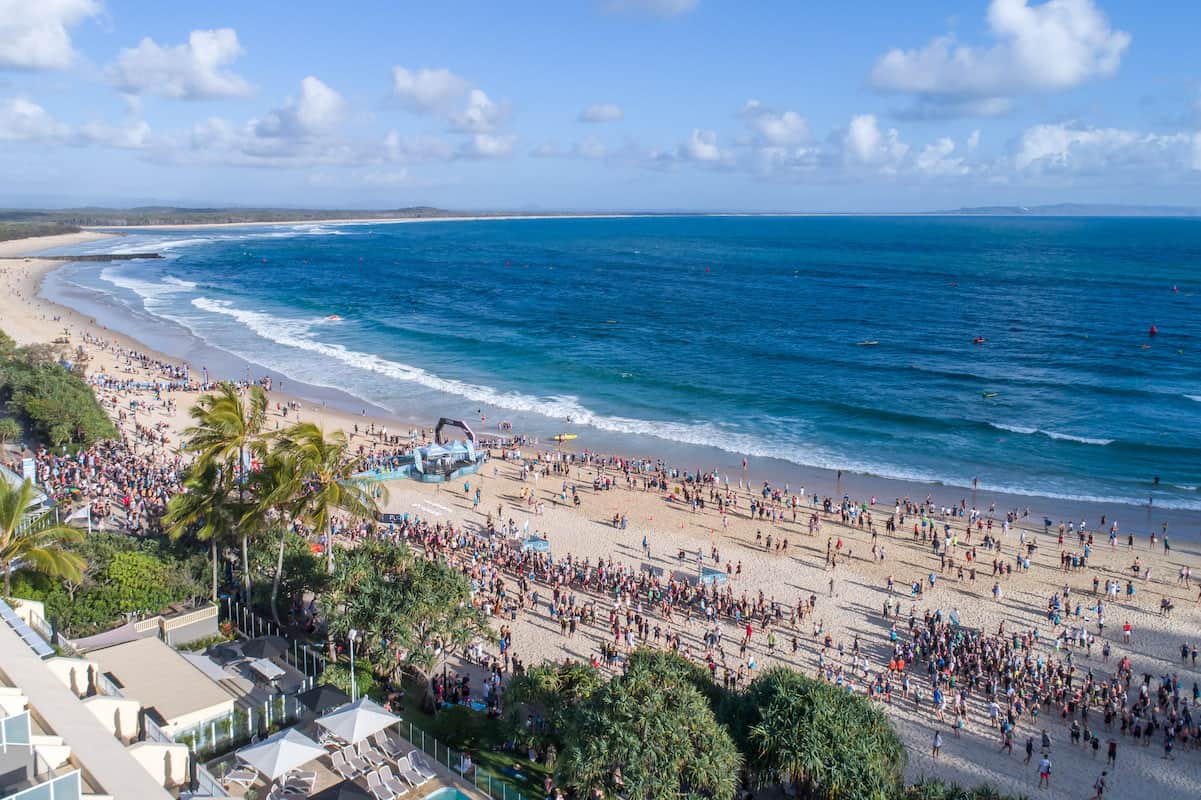 After each race, I can spend hours looking at the results and analyzing my performance per discipline. I know I should be training instead, but I’m just really competitive! If like me you want to compare yourself, you will love this article:

Good to know: The races you can watch on TV (Olympic Games, for example) allow drafting during the bike course. For this reason, you can’t really compare those times with the ones from amateurs where drafting is forbidden. If you want to learn more about the times that pro triathletes need, check this article instead: Triathlon At The Olympics

Contrary to the analysis I did on Ironman and Half Ironman times, I simply cannot gather the times of all Olympic distance triathlons. So instead, I picked one representative race that I analyzed in great detail.

I chose Noosa Triathlon in Australia for a couple of reasons:

I know this approach is not perfect, but I think it can give you a decent idea of the average times for an Olympic distance triathlon. If you plan to compare your time from another race you have done, make sure to consider the difference in distance and elevation.

As you can see in the graph below, the gap between the men and women is roughly 15 min to 25 min depending on the age groups.

The graph below shows that the best swim times were in the youngest age group 20-24 with 26min 22s for the men and 28min 15s for the women.

As you can see in the graph below, the average time is around 1h 23 min for the women in all age groups between 20 and 49. The best time on the men’s side is between 30 and 49 when they are around the 1h 13min mark.

As for the swim, the best times on the run are reached at the youngest age groups:

If you are interested in learning more about the average times of other triathlon distances, have a look at this article: Triathlon Times Across Age Groups And Distances