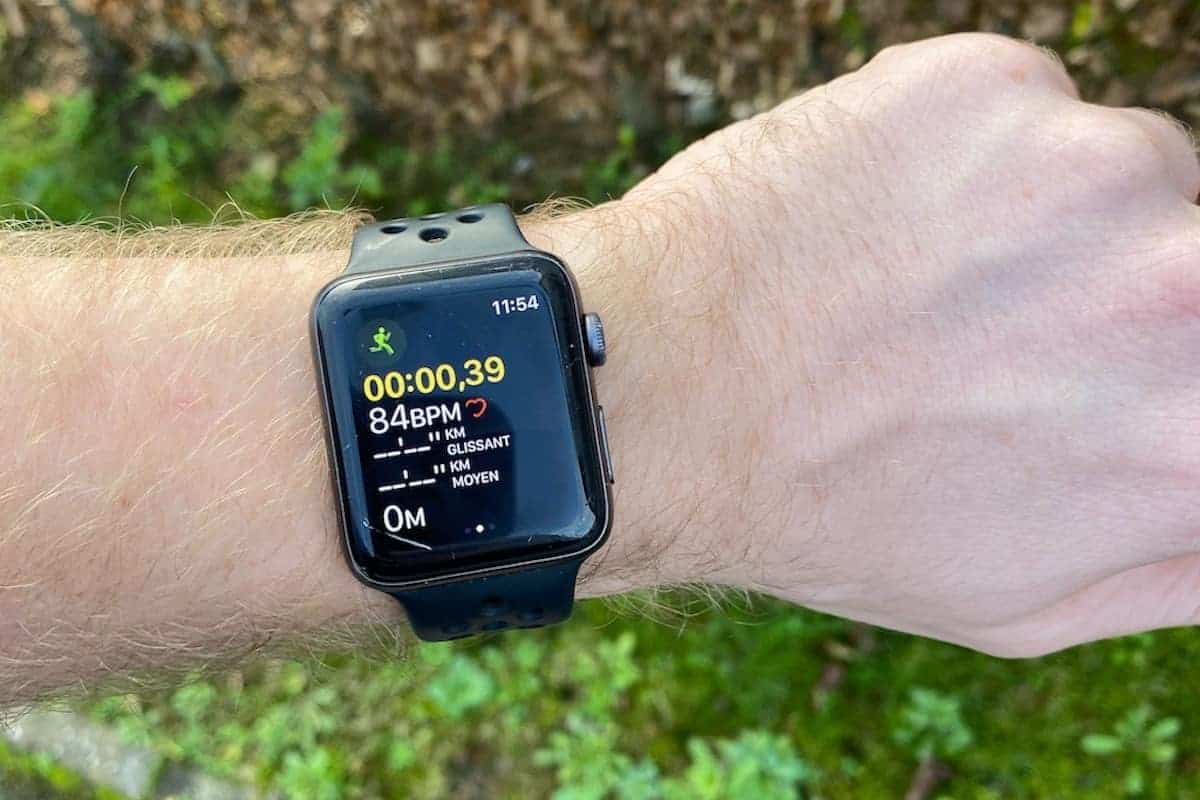 My youngest brother, Nathan, loves the Apple ecosystem and naturally bought an Apple watch when starting triathlon. After spending hours over the years helping him to get the most out of his watch, I thought it would be time to answer a simple question that many triathletes have: Are Apple watches good for triathlon?

Apple watches are great for everyday fitness tracking, but unfortunately not that good for triathlon. You need to download several apps to achieve the basic features that a multisport watch has by default. For triathletes racing short-distance races and interested only in basic features, the Apple watch can work. For advanced features, third-party compatibility, or long-distance triathlons, a pure multisport watch will be a far better option.

Let’s check in more detail what triathletes can and cannot do with an Apple watch.

USING AN APPLE WATCH FOR SWIMMING, CYCLING, AND RUNNING

With both Apple Watch 7 and Apple Watch SE (Amazon affiliate links), you will be able to use the standard workout mode for swimming, cycling, and running. It will be fine for displaying each sport’s basic metrics and has a decent wrist heart rate monitor. The GPS is also accurate, as tested by DC Rainmaker (link to its Apple Watch 7 review on Youtube).

That’s where the Apple Watch loses most of its appeal to me. As soon as you want something specific (for example, training plans, cycling power, running detailed metrics), you will need to search for an Apple Watch application (here are the 5 Apple Watch Apps my brother is using). It would not be a big problem if I would be training only for one sport, but going through multiple apps to simply record, display, and synchronize my activities is just annoying.

As of the time I am writing this article, Apple Watch is not supporting any ANT+ sensors.

Keep in mind that Apple targets the fitness market, not specifically the triathletes. Hence a lot of software useful for triathletes won’t work natively with the Apple app. In most cases, I could find a workaround (you guessed it: using other apps…) to link the watch with the software I wanted. It can work, but it is far from being intuitive.

CAN I USE AN APPLE WATCH FOR TRIATHLON RACES

As written in another article (Do I Really Need A Triathlon Watch?), there are two features that all triathlon watches must have: open water swimming and triathlon mode. For Apple Watches, I would add a third one: battery life.

You cannot go wrong with those two watches:

If you’re not exclusively considering Apple watches, check out this article that covers all brands: 9 Things You Need To Know Before Buying A Triathlon Watch